If you climb in a mountain in the Polish Tatras, it has to be Giewont – otherwise known as the Sleeping Knight. Or so I was told. 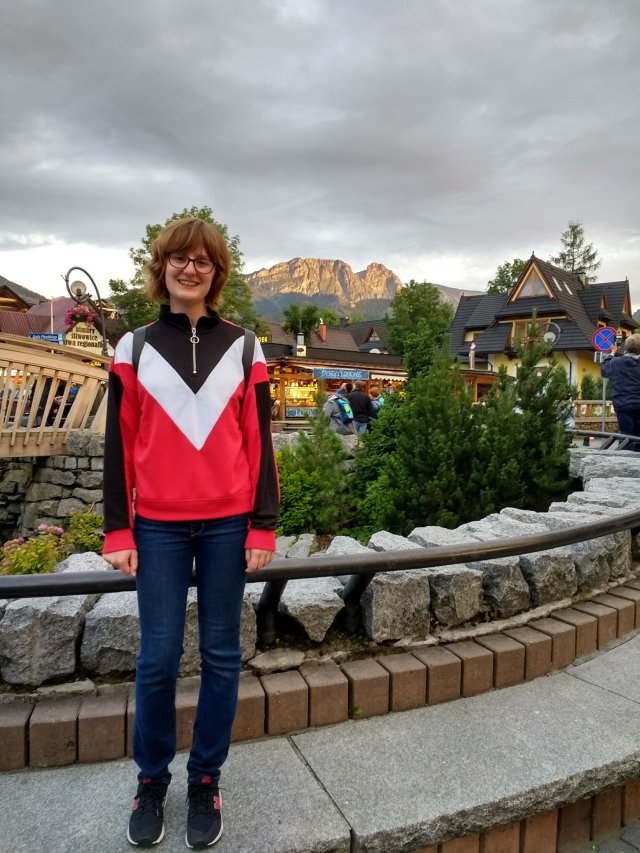 You can see it from the town, which is probably why it’s so popular – it has a pretty impressive unobstructed view.

Once again we got the bus from Zakopane to Kuznice to shave off those initial kilometres, and took the ‘easiest’ route from there.

There are a couple of huts on route where you can use the toilet – this is the second one at 1335m. By this point I was already a bit sick of rocky paths again and my calves were giving me a bit of trouble – possibly due to my heavy boots. People here prefer trainers and I can see why. 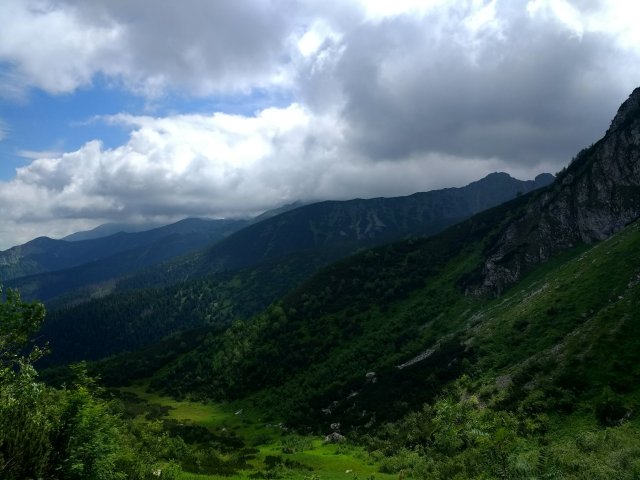 Couldn’t complain too much though with views like this on the way up – and will plenty of stops to get some leg energy back it was okay.

See – happy smiling people! We even saw some cool wildlife, an eagle and a chamois. Thanks Dan for taking all the cute wildlife photos.

Now ALOT of people hike up Giewont. So once you get to the steeper rocky bits the rocks get really smooth – like super slippy smooth. There are chains to help but it still isn’t easy (though kids do it so I’m probably exaggerating a bit). I don’t have lots of pictures of it but yeah. 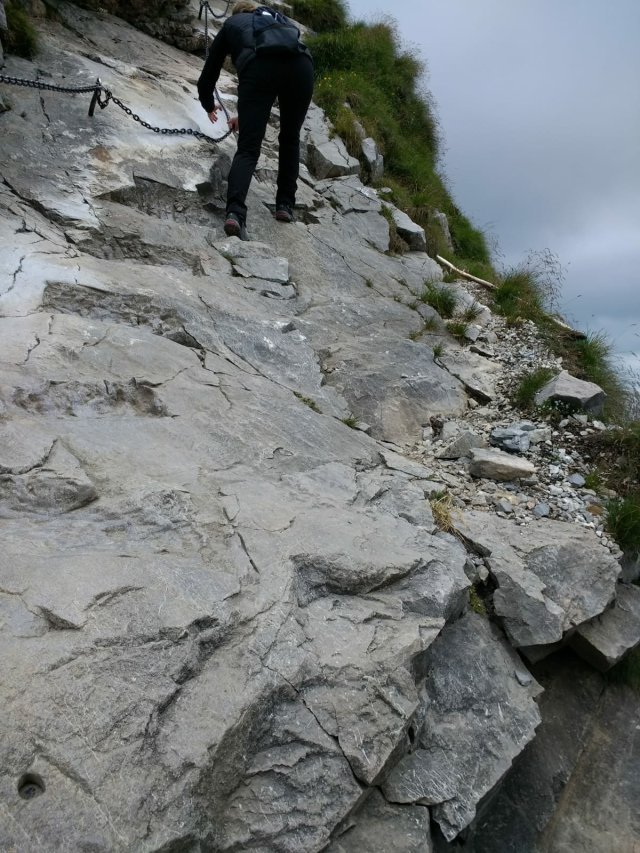 This was a particularly nasty bit. Not fun! Gnarly.

And then we got to the summit, where there is a giant metal cross which has been struck by lightning many times. Good job we had no thunderstorms today. Didn’t get lots of photos because as you can see, lots of people.

So much so, that on the way up and down there was a queue! 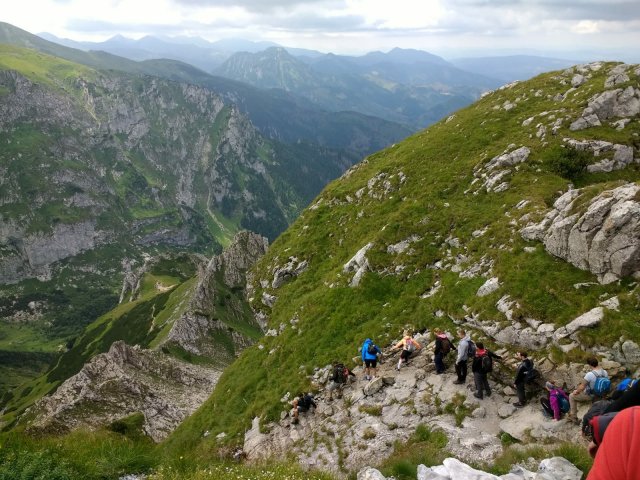 A queue with quite a view though! 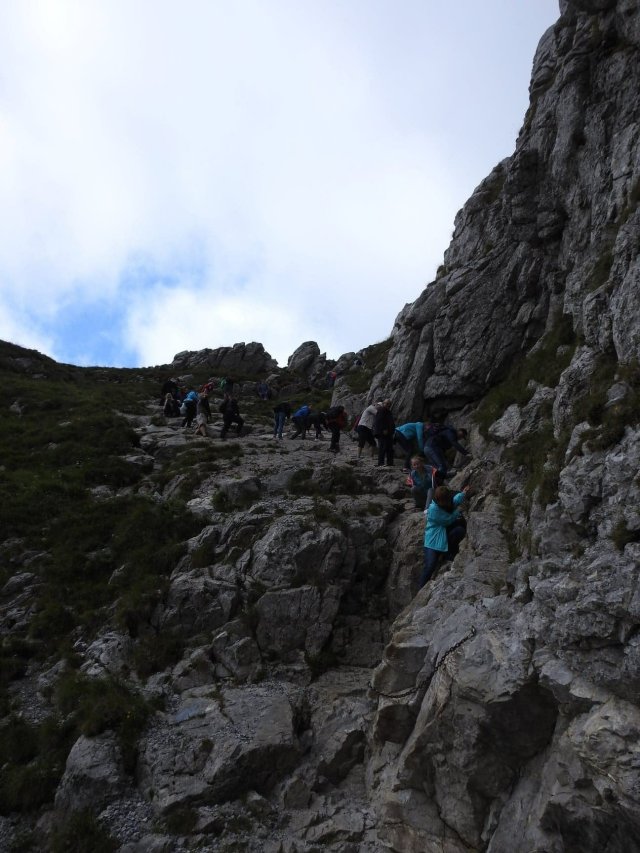 This is a less dramatic one. When we got back off the summit the queue to go up was ridiculous. There is actually a one way system, which is very useful! I did lots of using my bum as a fifth limb to get down which totally works for me.

We chose a different route down so we could go straight back to Zakopane and not visit Kuznice again. This route down is much more difficult with a little more scrambling and lots of big rocks to skip down. I was glad for my heavy boots on the way down – I guess you win some and lose some.

I pretty much needed the toilet the whole way but the abundance of running water and people meant no wee for me for a while.

We reached another hut at the end of the steep parts where I could go to the toilet – it was the most disgusting portaloo I’ve ever used but a girl gotta pee when a girl gotta pee. Note to self – bring the shewee in future – even for day hikes.

From the hut was another hours walk back to Zakopane.

Look, you can see Giewont again!

Saw a cute squirrel on the way back. 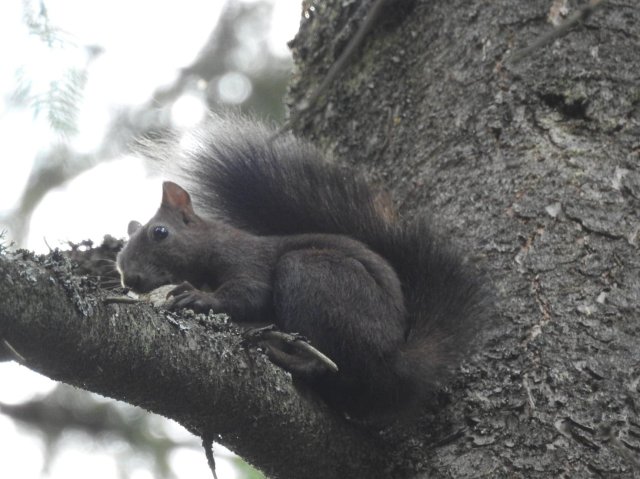 Now I’m back at the hotel and can’t wait to eat dinner tonight. Hopefully I’ll be rested enough to hike again tomorrow to see one of the famous lakes.